Fall TV Shows are just around the corner and I am really excited about the return of some of my favorite shows. The finales last spring were some of the best I have seen in awhile. Also some of the craziest and most dramatic ones have left us completely in shock and wondering what will happen next. Just a note, SPOILERS AHEAD, so if you have not seen the finales yet, then I suggest you stop right now or skim over the show you have not seen yet. So here are my Top 5 Fall 2014 Returning TV Shows. 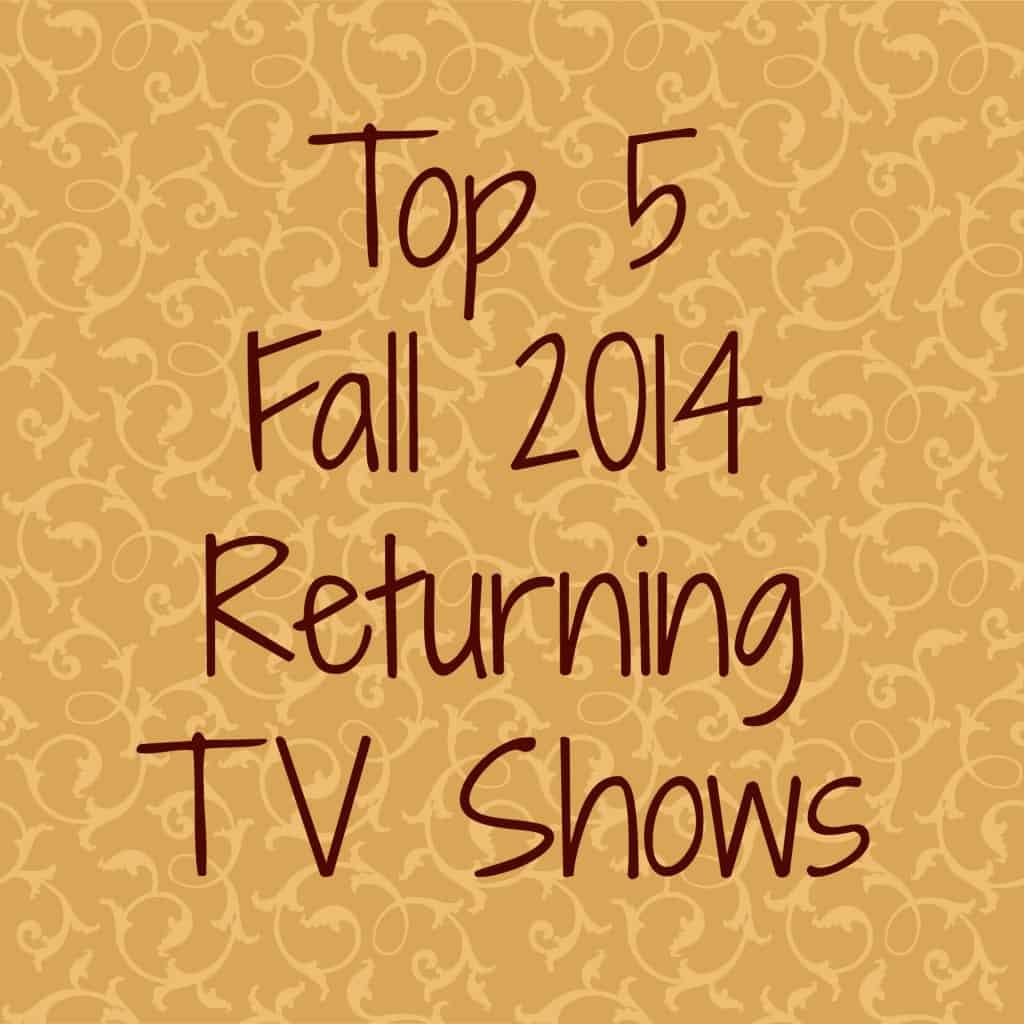 1. Castle– Monday, September 29th at 10 pm EST/ 9pm CT on ABC- Oh Castle. That finale threw me for a loop. Castle and Beckett were this close to getting married before some black SUV started tailing Castle. Next thing we knew Beckett was getting a call and rushing to the scene of an apparent accident. I’m sure she was meant to be in shock but I would have liked to have seen a bit more of a reaction from her. But since the show is named Castle we know he’s not dead just possibly abducted? I am interested to see where they pick up. Right after? Or a few months down the road with Beckett in a deep depression, a la Kristen Stewart in New Moon. Or she’s gone a little crazy from grief. Oh the possibilities!

2. Bones– Tuesday, September 25th at 8 pm EST/ 7 pm CT on Fox- This was one freaking crazy finale that ended with us seeing Booth handcuffed to a hospital bed as he recovers from fighting (literally) for his life and Bones being dragged away from him. The small sneak peak shows us Booth in jail and this season is going to prove to be very interesting I am sure. I love this show and how they are still completely bringing it as we go into season 10.

3. The Vampire Diaries– Thursday, October 2nd at 8 pm EST/ 7 pm CT on The CW- If you didn’t see this finale then stop reading now. This show is constantly killing people off and bringing them back so my heart wasn’t completely broken when they killed off Damon and Bonnie. I feel like the 5th time they brought Jeremy back the whole people dying kind of lost its effect. But they tried to make its seem pretty final although I remember Bonnie’s grandmother saying something about she had made arrangements which leads me to believe that there is a plan to bring them back. We will see.

4. Revenge– Sunday, September 28th at 10 pm EST/ 9 pm CT on ABC- This finale made me the most angry of any finale I think. When they killed off Aidan I was furious. I loved him, and loved he and Emily together. So pretty much, I was almost done with this show until they showed us that David Clarke is alive, say what?! And also Emily is getting her revenge in the best way, having Victoria committed in a mental hospital. So while I am very upset about what they did I am still interested to see this season.

5. Chicago P.D.– Wednesday, September 24th at 10 pm EST/ 9 pm CT on NBC- This show was my favorite new show last season. I am a big fan of Sophia Bush since her One Tree Hill days and I am excited to see her in a successful new show. Every episode was full of action and suspense and this show left with an interesting cliff hanger. I am excited to see more and will continue to root for Sophia’s character, and pretty boy as I call him, to get together.

Those are my top 5 returning shows this fall. My runner’s up to this list are as follows without the long finale recaps.

Now tell me, what returning shows are you most looking forward to this fall?