This Snowmen Pudding Cups shop has been compensated by Collective Bias and its advertiser. All opinions are mine alone. #SnackPackMixins #CollectiveBias

Add some fun to your pudding with these Snowmen Pudding Cups! 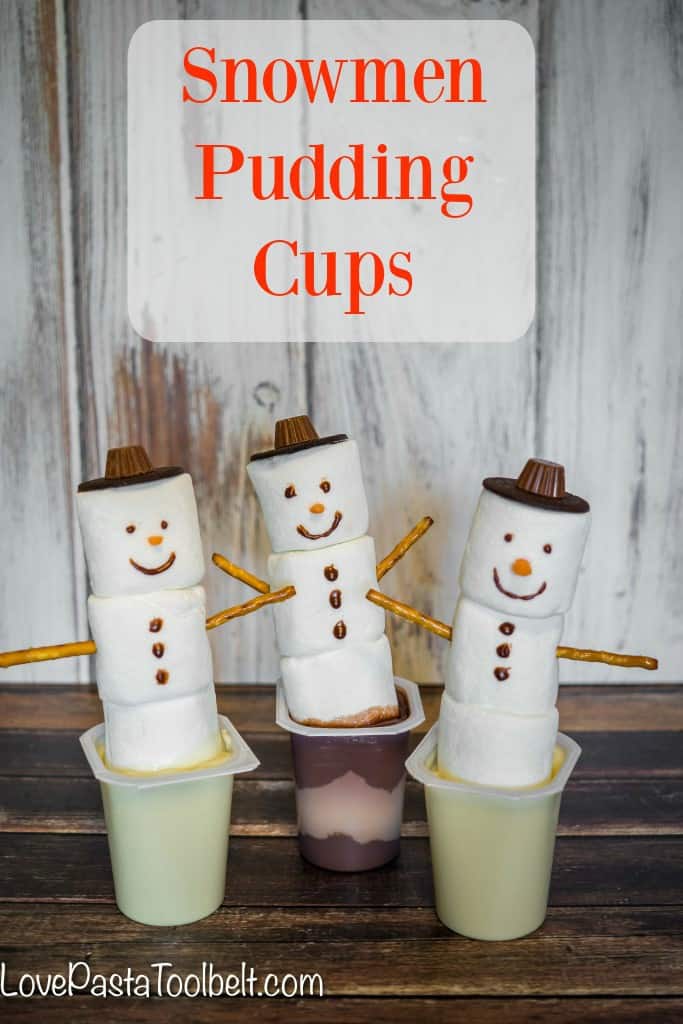 Can you believe we’re just about a week away from Christmas? I really cannot, it’s just crazy to me. Also making it crazy is that it’s been in the high 60’s here this week and I don’t live in Florida! To bring a little chill into our very warm lives right now I decided to make these Snowmen Pudding Cups! Poor things would melt if they were real snowmen but fortunately they were delicious snowmen for our eating enjoyment! 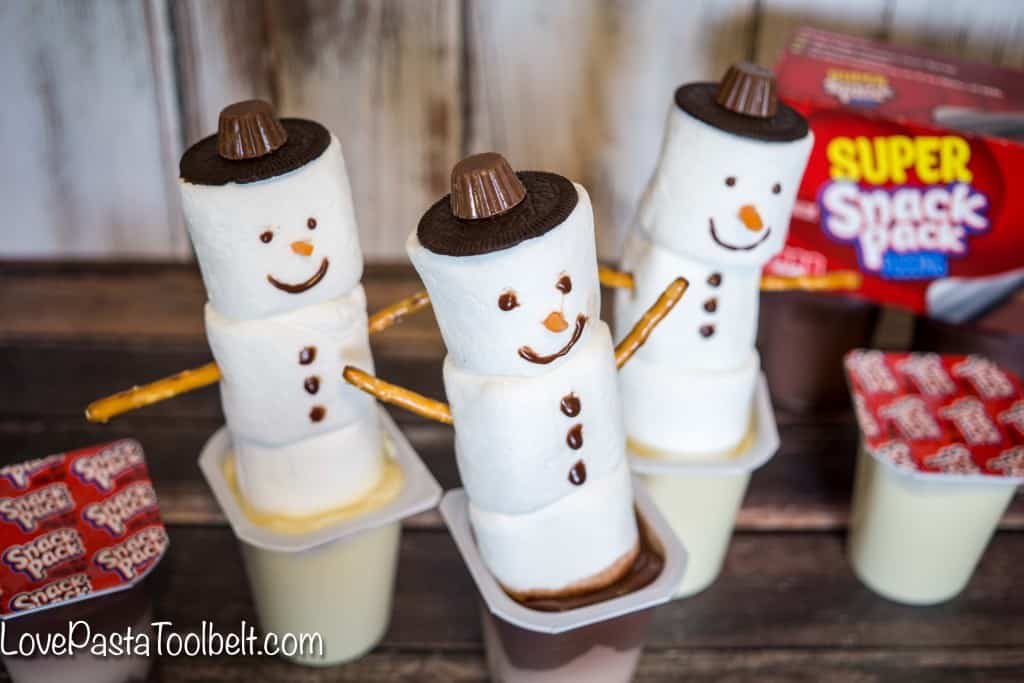 I love making festive treats with Snack Pack Pudding Cups, there are just so many fun ideas to use! I headed out to WALMART to pick up the Super Snack Packs in Vanilla, Chocolate and Chocolate Vanilla (Combo). I also picked up the other ingredients I needed including some OREOs to make the little hats for the snowmen! 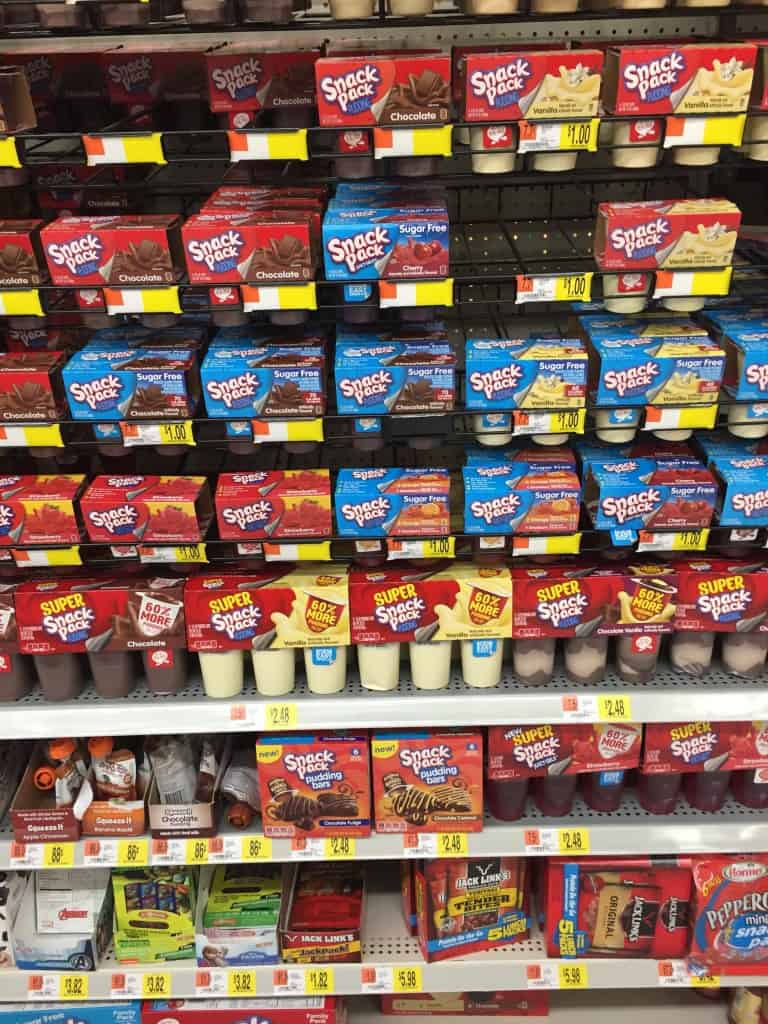 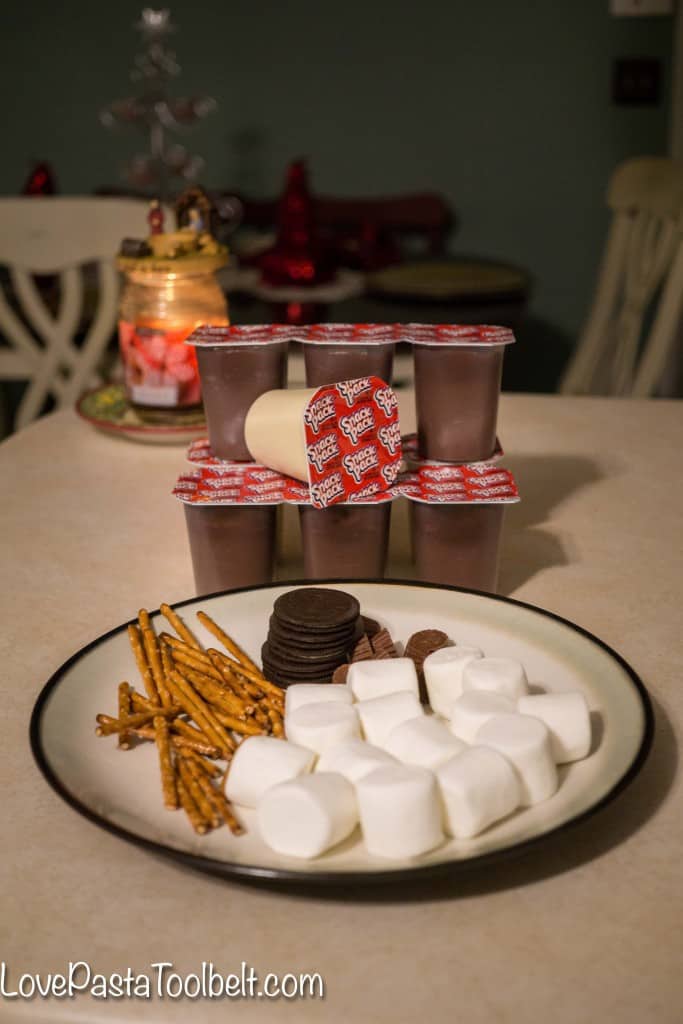 1. Begin by placing three marshmallows on a skewer and cutting it to size so it will stand up in the pudding cup

2. Use the chocolate icing to create your eyes, mouth and buttons on the marshmallows

3. Cut down little slivers of your carrot and poke into the marshmallow to use as a nose

4. Stick pretzel sticks into the marshmallows to use as arms

5. Use a little cookie icing and stick one half of an OREO to the top of the snow man’s head for a hat then top it with a round chocolate candy to create a hat.

6. Stick your snowman in the pudding cup so he has his ground to stand on! If he tries to wobble then use a second skewer behind to support him! 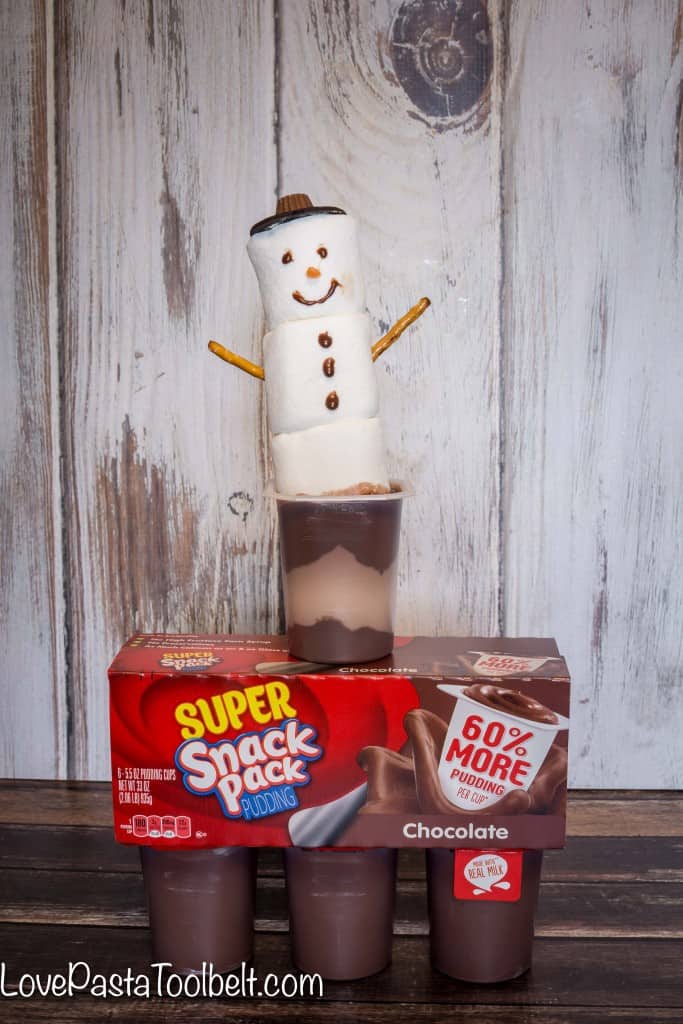 I would love to hear if you’ve made any special Christmas treats with your Snack Pack Pudding Cups? 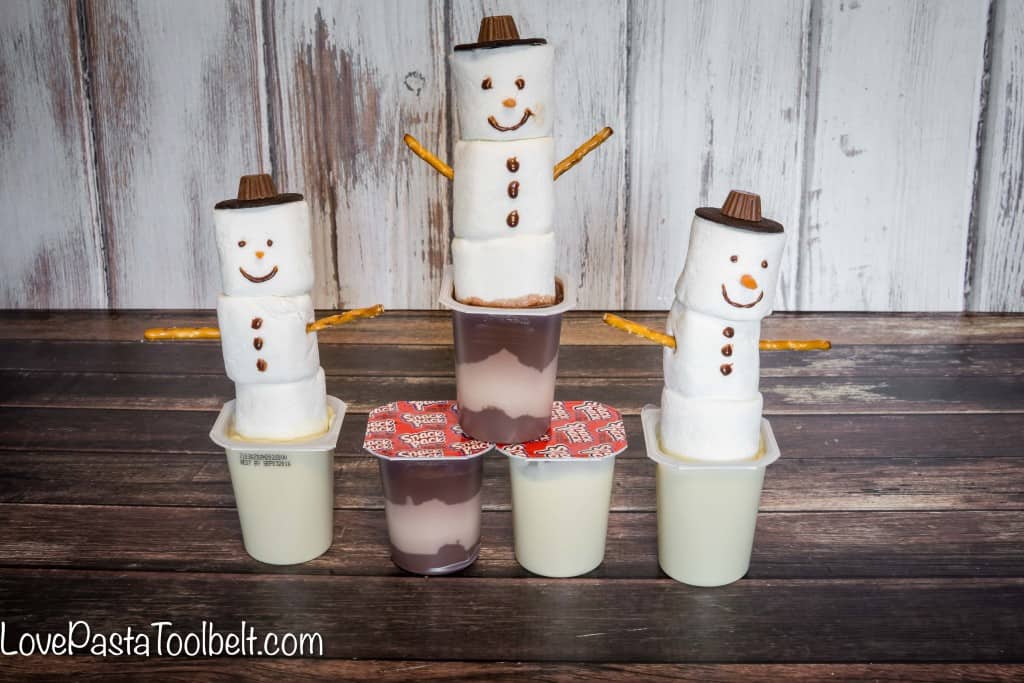